December 30, 2013 Arik Hesseldahl Uncategorized Comments Off on You Won’t Believe All the Crazy Hardware the NSA Uses for Spying 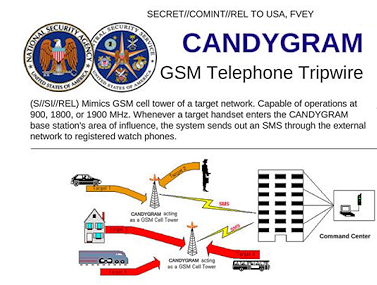 Over the weekend we learned a lot about the National Security Agency’s Access Network Technology, or ANT, division, that, in the words of Der Spiegel, the German news magazine that first disclosed it based on leaked documents from Edward Snowden, can break pretty much any lock on any computing or network hardware you can think of.

Now we can see the catalog itself. Courtesy this post on Leaksource, you can flip through the numerous single-page descriptions of the NSA’s specialized hardware.

For example, there’s FEEDTHROUGH, a method for gaining access to firewalls from Juniper Network’s Netscreen product line. There’s also JETPLOW, which burrows into firewalls from Cisco Systems. In a stroke of irony that will not be lost on anyone, there’s HEADWATER, which is used on routers from China’s Huawei.

Here are a few more that caught my eye: NIGHTSTAND, a mobile Wi-Fi exploitation and insertion device “typically used where wired access to a target is not possible.” PICASSO is an otherwise typical, if outdated, GSM wireless phone (including two models from Samsung) that “collects user data, location information and room audio” and allows data to be collected via a laptop or via SMS “without alerting the target.”

And this one blows my mind: COTTONMOUTH-I. To the untrained eye, it looks like a typical USB plug at the end of an otherwise unremarkable USB cord. Inside there is a motherboard that provides a “wireless bridge into a target network as well as the ability to load exploit software onto target PCs.”

Here’s where to find it, if you want to look for yourself.