Jon DeVaan, a Microsoft engineer and executive who has spent the better part of three decades at the company, is set to leave the software giant on Tuesday. 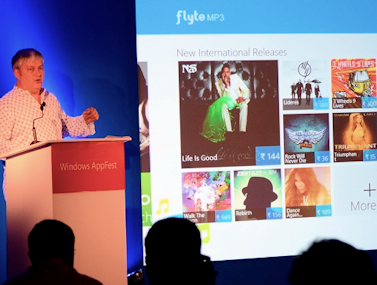 DeVaan is one of several longtime technical folks at Microsoft whose future has been unclear since a September reorganization of the Windows unit. That shuffling left DeVaan, testing lead Grant George and services head Antoine Leblond without clear roles at the company.

“Jon DeVaan has chosen to leave Microsoft to spend more time with his family,” Microsoft said in a statement on Monday. “Since he joined Microsoft in 1984, Jon contributed to important products and services across the company. We thank him and wish him and his family all the best.”
Of course, there have been some other big exits this year, including Windows unit head Steven Sinofsky and the impending retirement of CEO Steve Ballmer once his replacement has been hired.

In that note, he reflected on his long tenure and some of the products he worked on including some of Microsoft’s early Mac products and the first Windows version of Excel. DeVaan also worked on the company’s TV efforts before being tapped to overhaul companywide engineering processes before his most recent work on Windows 7 and Windows 8.

We’re checking into whether any other execs from the Windows unit or elsewhere at Microsoft have decided that Jan. 1 would be a good time to start spending more time with their families.