That Giant Bitcoin Crash in the Wake of China Restrictions? It Never Happened.

December 30, 2013 Jason Del Rey Uncategorized Comments Off on That Giant Bitcoin Crash in the Wake of China Restrictions? It Never Happened. 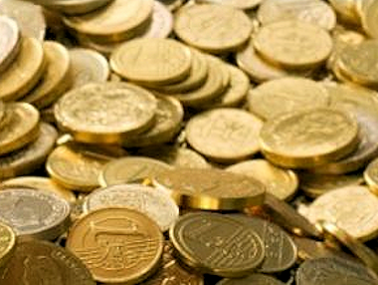 When news surfaced two weeks ago of a fresh round of restrictions that China was placing on businesses transacting in the bitcoin ecosystem, the value of bitcoin plummeted.

The CoinDesk Bitcoin Price Index, for example, showed that bitcoin traded as low as $422 around Dec. 18, when the large Chinese exchange BTC China acknowledged that it wasn’t accepting new deposits in the local currency until it could find a new payment processor that would do business with it.

But a funny thing has happened since then: Bitcoin hasn’t experienced an all-out crash. Instead, its value has recovered. A lot.

As of this writing, CoinDesk’s index, which takes the average of bitcoin trading values from three global exchanges (not including BTC China), pegs the value of bitcoin at about $755. That’s a 79 percent increase in a little less than two weeks. 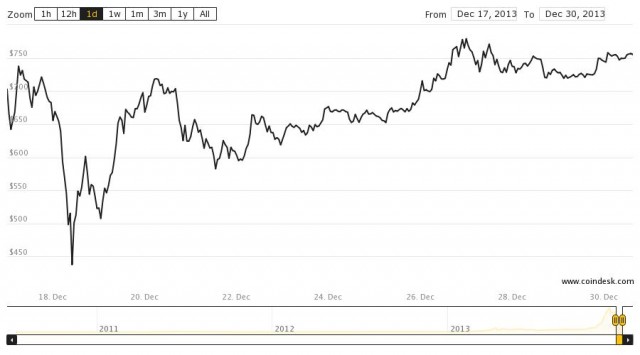 The digital currency is trading a bit lower on BTC China, which still isn’t accepting new deposits, at about $723, but its value has recovered a bunch in the last two weeks.

So, is bitcoin suddenly so resilient that one government’s restrictions can’t topple the whole ecosystem? Or are there artificial safeguards propping the value up? It could be a combination of two.

On one side, it’s clear bitcoin demand has increased across the globe in recent months. But at the same time, BTC China has instituted some changes to its business in the last two weeks, in what seems like an attempt to keep its users from fleeing, that may be affecting pricing.

BTC China CEO Bobby Lee published a post on Dec. 20, the day after he told AllThingsD that he was still searching for a way to take new deposits and keep his exchange afloat, outlining some changes to the exchange.

The first was a bitcoin wallet that the company says would keep customers’ bitcoin stored safely.

The second change was reinstituting trading fees that had been waived for some time, in an effort to “reduce speculation and price volatility.”

“We strongly believe that the regulators want to see Bitcoin develop in a more stable manner in China, without the high volatility in prices,” Lee wrote. “We believe that Bitcoin can continue to thrive in China if the prices are more stabilized.”

Whether that’s the case remains to be seen. Of course, few people would argue that the volatility in price is a good thing for a more mainstream adoption of bitcoin as a payment method.

Either way, the last two weeks have proven one thing: Bitcoin is a lot harder to topple than almost anyone could have expected just six months ago.