Startups Scrape Your Financial Data for Good. (No, Really!)

December 31, 2013 Liz Gannes Uncategorized Comments Off on Startups Scrape Your Financial Data for Good. (No, Really!)

If you’re willing to give a startup access to your financial transactions, there might be some nice side benefits for you, and possibly your community.

SaveUp and Mogl are two companies that have figured out formulas for rewards that are byproducts of normal activity. SaveUp users who save money and pay off debts can enter into sweepstakes for TVs, cars, trips and cash. Mogl users who pay at participating restaurants get 10 percent cash back that they can keep or donate to a local food bank. 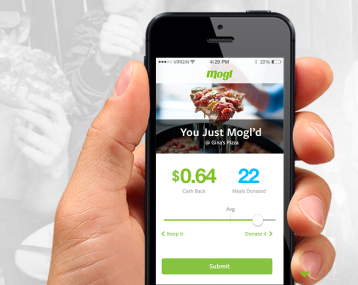 Over the past couple years, I’ve attended startup showcases put on by financial platforms like Yodlee and Intuit, and have been surprised to find that consumer financial applications are few and far between. You see a lot of small-business tools and accounting software, but not as much innovation around helping people with their own money.

Though early and relatively small, SaveUp and Mogl are both personal financial tools with interesting twists. What they also have in common is this idea that once you’ve set up a connection with a bank account or credit card, good stuff follows mostly automatically. This isn’t a brand-new idea, but it’s especially relevant in the smartphone era, where people can get instant gratification. Another app that offers rewards as a byproduct of activity is Shopkick in retail stores.

For some people, these concepts might have more appeal than personal financial management in the mold of Mint, and the more modern Level, which is sort of a mobile, at-a-glance Mint.

“That’s good for wonky people,” said SaveUp CEO Priya Haji. “But for younger people and Midwestern moms, organizing finances is stressful, and tools are overwhelming. Money doesn’t have to look serious; it can be fun. That’s what money already is for rich people. They love checking their stock accounts.”

“What we wanted to create was behavioral economics around the small chance to win something,” Haji explained. “The question was, can we really change people’s habits around money?”

Though SaveUp has fewer than one million users, a good test of whether it’s working is how frequently its existing users come back. Haji said that 20 percent of registered users who have linked their accounts (which is about two-thirds of the people who sign up, linking an average of six accounts) log in every single day. More than 40 percent come every week, and 60 percent come every month. And that’s with only a website and an iOS app (Android is coming). The whole concept is a bit of a quirky idea, one that involved adapting the prize-linked savings programs, already popular in the U.K., to be legal in the U.S. But on a basic level, SaveUp makes sense: Instead of getting rewarded for spending more, or penalized for messing up payments, people get rewarded for saving more. Instead of making money on quarterly fees and penalties like a bank, SaveUp makes money from advertisers who help put up sweepstakes prizes that its users want to win.

The San Francisco-based company says it has helped users move $1 billion to savings and debt payments so far. About 40 percent of its users come from partnerships with credit unions, and soon it is adding a partnership with PayPal.

Haji said her favorite soundbite about her own business is, “this is a bit of gummy on the vitamin.”

Meanwhile, Mogl is an app that connects to users’ credit and debit cards, and lets them know whenever they pay for a meal at a participating restaurant that they get 10 percent of what they spent back, and can donate some or all of it to local food banks.

The loyalty part has been around for a while, but the charity component launched just at the end of November. So far, users have donated more than half of their cash back, buying nearly 600,000 meals for local food banks (at a cost of about 20 cents per meal).

“I always say we’re Toms shoes for food,” said Mogl CEO Jon Carder. You buy one meal for yourself, you donate one for someone who needs it.

Mogl is similar to another company I’ve covered, called The Spring, but it’s off to a bigger start, with 650 participating restaurants in San Diego (where Mogl is based), 500 in San Francisco, and 100 in Phoenix. 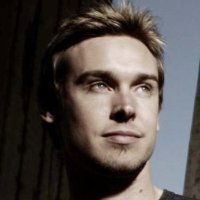 Similar to SaveUp, Mogl also cuts distribution deals with credit unions, and a bunch of them are set to roll out in January. The service works best with Visa cards, sending a push notification within minutes of a restaurant submitting a transaction. With MasterCard and American Express, it takes three to five days, but that time should shorten in future updates, Carder said.

Though the food-donation program is just getting off the ground, Carder is unabashedly ambitious about its potential.

“I think within the next 24 months we will end hunger in at least one of the cities we’re in,” he said. “There will still be a hunger problem, but we can supply enough money so that food banks can provide a nice healthy meal to everyone who needs it.”

The next big step for companies like SaveUp and Mogl could be partnerships with major financial institutions. But that’s easier said than done. Another personal finance startup, BillGuard, spent the past two years trying to get banks to offer “antivirus for bills” as a service to their customers, before scrapping that plan to go straight to consumers with an app of its own.