How Can You Miss Us if We Won’t Go Away? Paczkowski and Swisher Highlights From AllThingsD.

December 30, 2013 Kara Swisher Uncategorized Comments Off on How Can You Miss Us if We Won’t Go Away? Paczkowski and Swisher Highlights From AllThingsD. 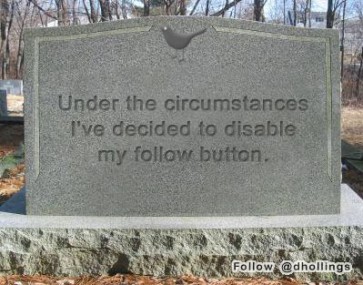 A day late, but here’s the last installment of highlight posts from AllThingsD staffers, as we reach twilight on Dec. 31 and this site is no more.

As one of my fave depressing funeral poems goes:

“Do not stand at my grave and weep,
I am not there; I do not sleep.”

Actually, I don’t sleep, since I am a blogger and, as you all must realize by now, a sparkly vampire, too.

Thus, like the undead, we’ll be reanimated in another form and with a new name right quick. And, not to worry, the archives of what we have written since mid-2007 will also forever remain as definitive proof that we existed, thanks to the hard workers at the NSA in its ongoing quest to suck every digital scrap it can find!

But before The Wall Street Journal redirects this site’s URL to its own tech coverage, here are some stories by John Paczkowski, the very first editorial hire Walt Mossberg and I made here, as well as some choice bits by me over the years (Yahoo, Yahoo and, well, mebbe some Yahoo, too!).

Key lines: “With handheld sales that fell by more than half year-over-year in its first quarter, HP is surely looking for a way to revive them and capture a larger portion of the important mobile market. Acquiring Palm could be a good way to do it.”

2. Google and the Evolution of Search I: Human Evaluators

Key lines: “Google had finally acknowledged that its search results were no longer solely and automatically determined by the company’s vaunted algorithms. Now they simply “relied heavily” on them. Why the sudden change?” 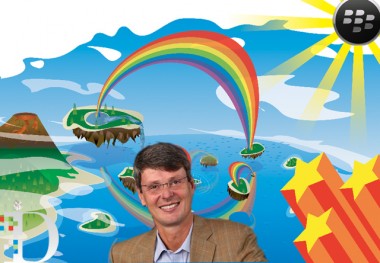 Key lines: “Despite a slew of evidence to the contrary — plunging market share, rapidly deteriorating fundamentals, mass layoffs and a stock that’s falling like a knife, Research In Motion’s got a bright future ahead of it. This according to CEO Thorsten Heins, who says RIM is headed for a rebound, not certain doom. In fact, he crowed in an op-ed piece in the Globe and Mail, ‘We expect to empower people as never before.'”

Key lines: “Here’s a potentially noteworthy development in the patent litigation-riddled mobile device market. Last week, the United States Patent and Trademark Office issued a very broad patent on motion-based smartphone control, one that could have significant implications for the industry.”

“Apple may some day deliver a mobile mapping application that bests Google’s, but the new Maps app in iOS 6 — the latest iteration of its mobile operating system — isn’t it. Not yet, anyway.”

1. Dear Jeff Bezos, Here’s What I Saw as an Analog Nobody in the Mailroom of the Washington Post

“One could say hindsight is 20-20, of course, but what made me sad about the sale — and I was very sad when I heard of it — was that these laudable and smart people could not seem to figure it out, and had to turn to a magical Internet wizard to do so. In the coverage, that sentiment was echoed again and again — that you would somehow conjure up a series of fantastic new news products that would capture the imagination of all and return the paper to its former glory.”

Key lines: “[CEO Carol] Bartz then asked the question: ‘What have we done to re-engineer Yahoo?’ She reeled off a list she has repeated many times before, the point of which was to let us all know she has been mighty busy cleaning up the big mess she had to deal with on arrival. So lay off, all you naysayers! It’s kind of like what President Barack Obama is saying these days, as he looks forward to huge political losses in the upcoming election. It’s apparently a disciplined approach. “First you walk, then you run.’ Then, she added, you FLY! Don’t look down, Carol!” Key line: “How shall I put this as delicately as I am known for: So I went to AsiaD in Hong Kong and all I got was this lousy transient ischemic attack.”

4. In 2009 Interview, Yahoo CEO Does Not Deny He Has a CS Degree, and Calls Himself an “Engineer” (Audio)

Key lines: “‘Your bachelor’s degree is in accounting and computer science. Now, from both of those, I mean that’s, that’s pretty obvious that’s PayPal,’ said [Moira] Gunn. ‘What are the most important things you learned?’ ‘Yeah,’ begins [Yahoo CEO Scott] Thompson, failing to correct her at all on the fact that he does not actually have a computer science degree — only one in accounting.”

5. CrunchFund? Unethical Ventures? Pig Pile Partners? No Matter What You Call It, It’s Business as Usual in Silicon Valley.

Key lines: “First, my initial reaction when I first heard about the deal: Ugh. Sigh. Hopelessly corrupt. Now 100 percent more icky! A giant, greedy, Silicon Valley pig pile. I was upset. By early evening, after my kids told me to chillax, my dark mood had changed to accept that the transaction — however profoundly distasteful to me — was part and parcel of the insidious log-rolling, back-scratching ecosystem that has happened in every other center of power in the universe since the beginning of time. And so it goes in Silicon Valley.”