December 30, 2013 Arik Hesseldahl Uncategorized Comments Off on CIOs Brand Enterprise Social Tools as Most Overhyped Technology of the Year 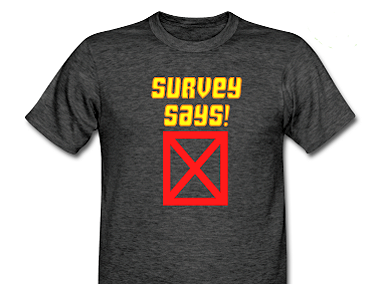 It’s the end of the year, and that means a plethora of stories and lists with a lot of hyperbolic words like “hottest” or “greatest” in the headline rendering some kind of judgment on the prior 12 months.

Usually I tend to avoid these stories because there are too many of them. But I was attracted to this one in part because of its balance of the cynical and the not-cynical, and by the source of the survey data: The CIOs of large corporations.

It comes by way of Sierra Ventures, the enterprise-focused venture capital firm based in Palo Alto, Calif. For years that firm has maintained a network of about 70 CIOs at some of the world’s biggest companies, and has routinely sought their input on their needs from directly in the corporate IT trenches. Sierra has in turn allowed that advice to help guide its investment decisions and how it helps its portfolio companies grow.

Recently it held its annual CIO Summit, and the time came to ask about 40 of those CIOs what was on their minds. The result was a simple survey with one key question: What were the most overhyped and underhyped technologies being hawked to large enterprises during the year? The answers were pretty clear and, at least in the overhyped category, close to unanimous.

The most overhyped, in their view, were social tools aimed at the enterprise. This would include products like Jive, Microsoft’s Yammer, Salesforce.com’s Chatter, Moxie, VMWare’s Socialcast and a host of others.

Their reasoning, as Al Campa, a partner at Sierra Ventures put it, was equally simple: “They don’t feel there’s any evidence for a return on investment or ROI,” he said. “It just didn’t move the needle for them when compared to other technologies they looked at.”

It’s a kind of predictable answer where CIOs are concerned, but not chief marketing officers, or CMOs, said Tim Guleri, a managing partner at Sierra Ventures. “CIOs are all about controlling spending and driving down their costs and finding money to fund innovation elsewhere,” he said. “That’s different than CMOs, who are trying to drive branding and reach. They feel differently about the social tools” and are therefore more willing to experiment with their growing tech budgets.

Okay then. So what was underhyped? There were two answers, both of them kind of intertwined: Mobile and security.

Mobile technology was underhyped, the survey’s respondents said, because of the way it can change business processes that are specific to a given industry. If you’re a hotel chain, how you use smartphones and tablets in your day-to-day operation will differ from how a manufacturing or logistics company does it. The CIOs who took part in the survey, Guleri says, were united in saying that understanding this “vertical context” is incredibly important to their business. Once you establish that, the ROI is usually pretty clear.

But going mobile raises a lot of security questions, which brings us to the second underhyped technology of the year. All those mobile devices fundamentally change the security landscape. “The perimeter that you used to be protected is gone,” Guleri said. Mobile devices open up the possibility for a lot of methods for attacking corporate systems. “There’s a lot of pain and potential for innovation around security,” he said.

Of course much of this is pretty intuitive if you’ve been paying attention to the overarching trends in the corporate IT environment of the last few years. CIOs are often surveyed about their opinions, but it’s a little bit unusual for them to show quite so much unanimity as they appear to have done here.