December 31, 2013 Ina Fried Uncategorized Comments Off on Another Longtime Windows Exec Heads for the Exit as 2013 Draws to a Close

Grant George, a longtime head of software testing at Microsoft, is leaving the company, AllThingsD has learned. 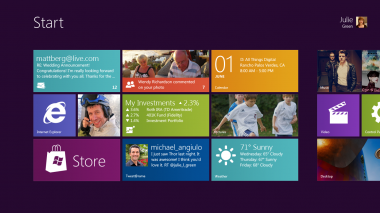 Like Jon DeVaan, who announced Monday he was retiring from Microsoft, George was left without a clear role following a September reorganization of the Windows unit. That reorg followed the departure of Windows head Steven Sinofsky.

George joined Microsoft in 1994 as a tester in the then-newly formed Office unit following 14 years in testing at Tandem Computer.

Sinofsky, who worked with George on both Office and Windows, praised the contributions George made at Microsoft.

“Grant always represented the pinnacle of customer focus,” Sinofsky said. “His contributions to both Windows and Office were without parallel in the engineering discipline of testing, automation and quality.”

A Microsoft representative confirmed George’s departure, which he announced earlier Tuesday in a memo to colleagues, saying, “We thank him for his contributions to the company and wish him all the best.”